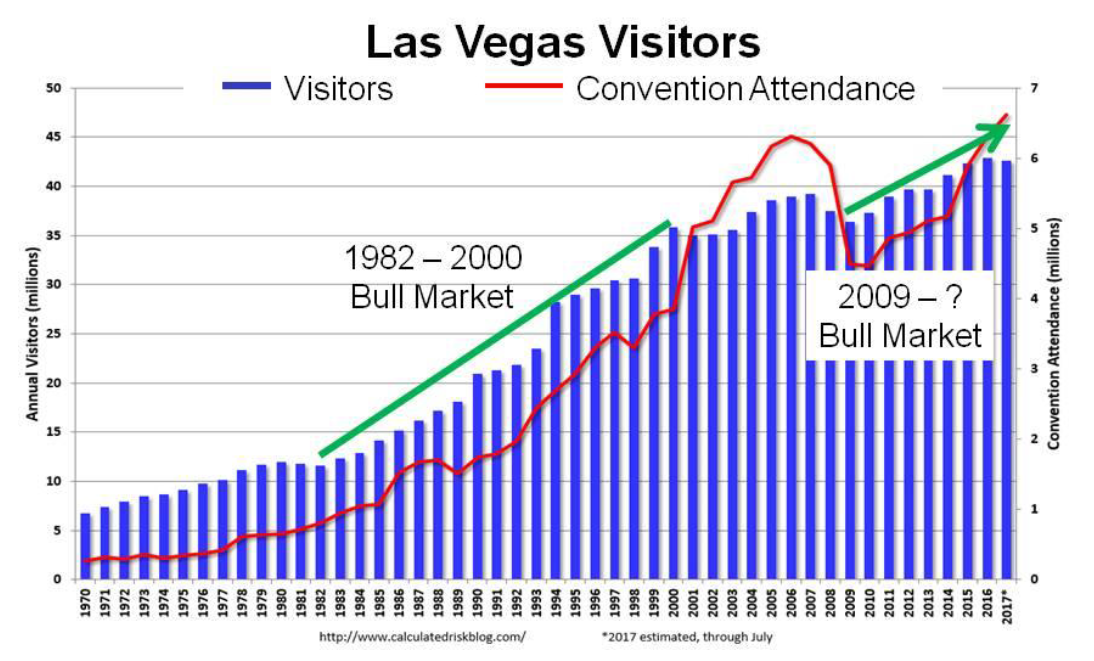 US Capital Wealth Management just published their market insights for September 22, 2017. Featured in the article is the Las Vegas convention and visitor attendance is the best it has ever been. This is a great sign for our economy and our community. See below for a preview and the PDF link to download the full report.

Good Times in Vegas, on the Road and at Home Signal Economic Expansion

The National Restaurant Association created the Restaurant Performance Index (RPI) in 2002. It is a monthly composite index that tracks the health and the outlook for the U.S. restaurant industry. The index includes metrics like same-store sales and labor and capital expenditures. The RPI shows expansion.

Click on link below to see this commentary as a PDF:

PDF Version of newsletter: Good Times in Vegas, on the Road and at Home Signal Economic Expansion